How different is culture in Australia compared to India 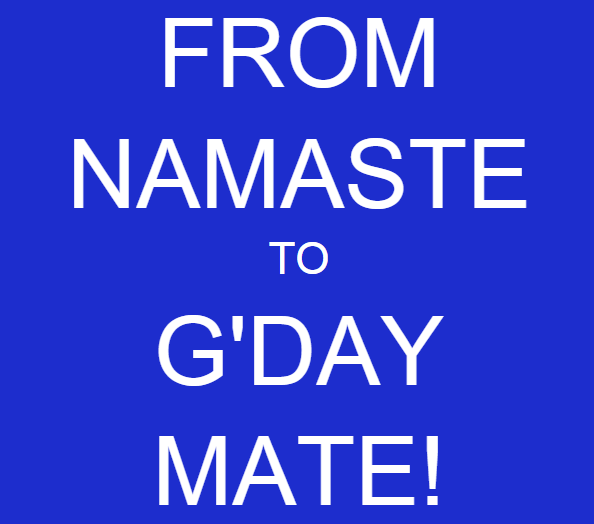 For the past 2 decades I have lived and worked both in Australia and India for different organizations. It has given me a unique perspective and I have become more responsive to the differences in cultures across both the countries. You can say I have become more cultural sensitive. Good or bad but these interesting differences are worth exploring when you go from one country to next. I have put down my Top 5’How different is the work culture in Australia compared to India’.

The amount of time that people work during a typical day will vary between each country. People in Australia typically engage in traditional eight-hour work days similar to what people in the west use. Meanwhile, people in India are known to work for ten to twelve hours in a day. The big difference in work culture is that Australia promotes a fair work and family balance where as in India this concept is still far-fetched

Australian workplace promotes cordial relationship between you and your boss in comparison to that of India.Aussie bosses encourages a flat organization where communications are less formal and calling by names is OK. Don’t shy away if you find your prospective boss direct or over friendly it’s the way of life in Australia. Catching for a coffee or a beer at bar for finalizing a project is normal.Meanwhile, it is more formal in India and hierarchical organization engagement is preferred which of course is dependent on the overall work culture of the workplace. As per research by Geert Hofstede and collaborators Australia is a Low power distance culture as compared to India which is predominantly High power distance culture.

As more and more jobs I did, I had more sense of appreciation and respect to my Australian employers and its work culture.
The laid back attitude of Australian and their appreciation of my hidden skills made things easier for me. Every opinion is listened too without being judgmental. In comparison for right or wrong reasons Indian employees tend to be judgmental at times due to societies traditional perception of caste, creed, color, gender and sexual orientation.

No work is low and the idea of doing what you like to earn livelihood fascinates Aussies.At the end of the day there aren’t any division on the basis of work you perform. The Australian respect dignity of labor unlike Indian work culture where society frowns when you take a job beneath you. Respecting individual identity fascinates Australian work culture.culture. In fact a cleaner or a plumber in Australia might earn more than an IT professional.

Being on time, keeping promises and delivering results

The Australian work culture is polite in its own way and a professional code of conduct is mandate in all engagements. Your behavior and everyday actions play an important aspect of your performance at job. Always remember the PIE rule to excel in work Performance, Image and Exposure. The words like please and sorry and thank-you is among the most used words in their day. Don’t make promises you can’t keep and be open about things if project go pear shape.